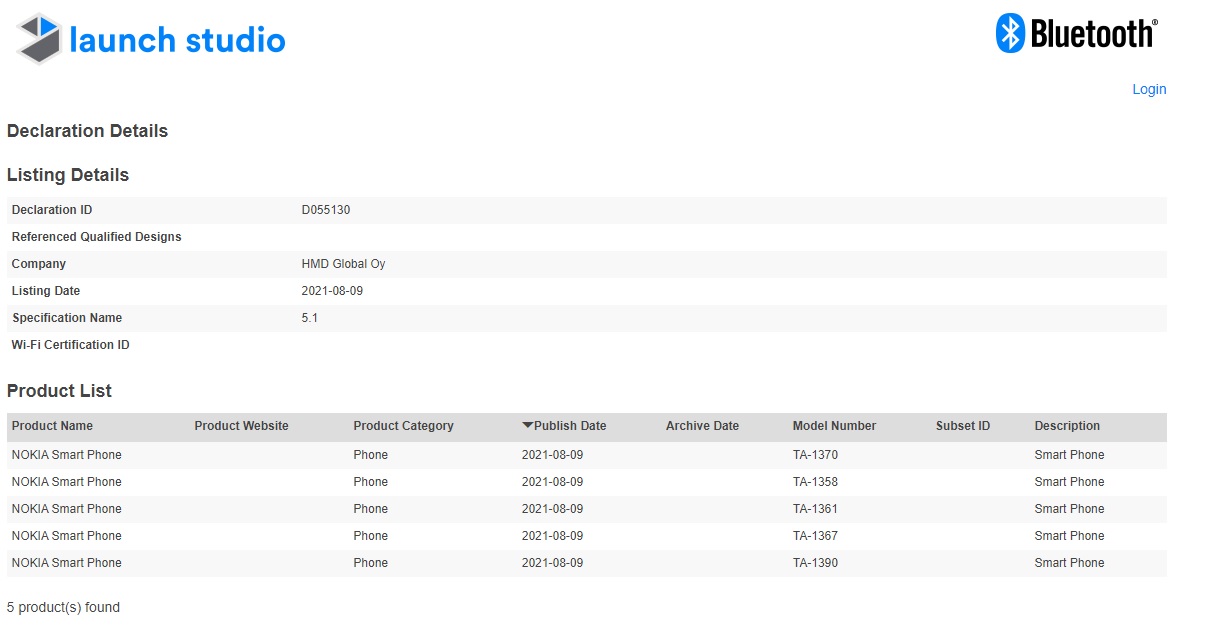 Nokia Mobile is unstoppable and tough as Nokia XR20 since five new model numbers of the future Nokia device (or devices) got certified by BT SIG. The model numbers are TA-1370, TA-1358, TA-1361, TA-1367, and TA-1390, and all of them weren’t spotted before. So, we are seeing a new Nokia phone or more of them, and the announcement could be done in the coming months since the BT certificate is taken care of.

This device (or possibly devices) will have BT 5.1, which is the same BT version as seen in Nokia X20 and Nokia XR20. Maybe Nokia Mobile is using the same chipset as X20 and XR20 for the new device, although that can be confirmed just by checking the BT version in the certificate. But, the certificate does show that it will be running Android (000T_0_180).

Well, new Nokia phones being certified surely isn’t big news since Evleakes leaked that four new Nokia phones, with some of them having interesting code names, are coming. Nokia G50 or Punisher, Nokia T20 tablet and known as Riddler, are getting prepped up for the announcement together with Nokia G300 internally called Aoki, and Nokia X100, or Deadmau5.

Nokia G50 and T20 are already known to Nokia fans, but X100 and G300 are pretty much a mystery. Nokia T20 model numbers are TA-1392 and TA-1397 so this device might be G50 or any of those DJ devices. I would tip on G50 since that device got listed already by some retailers.