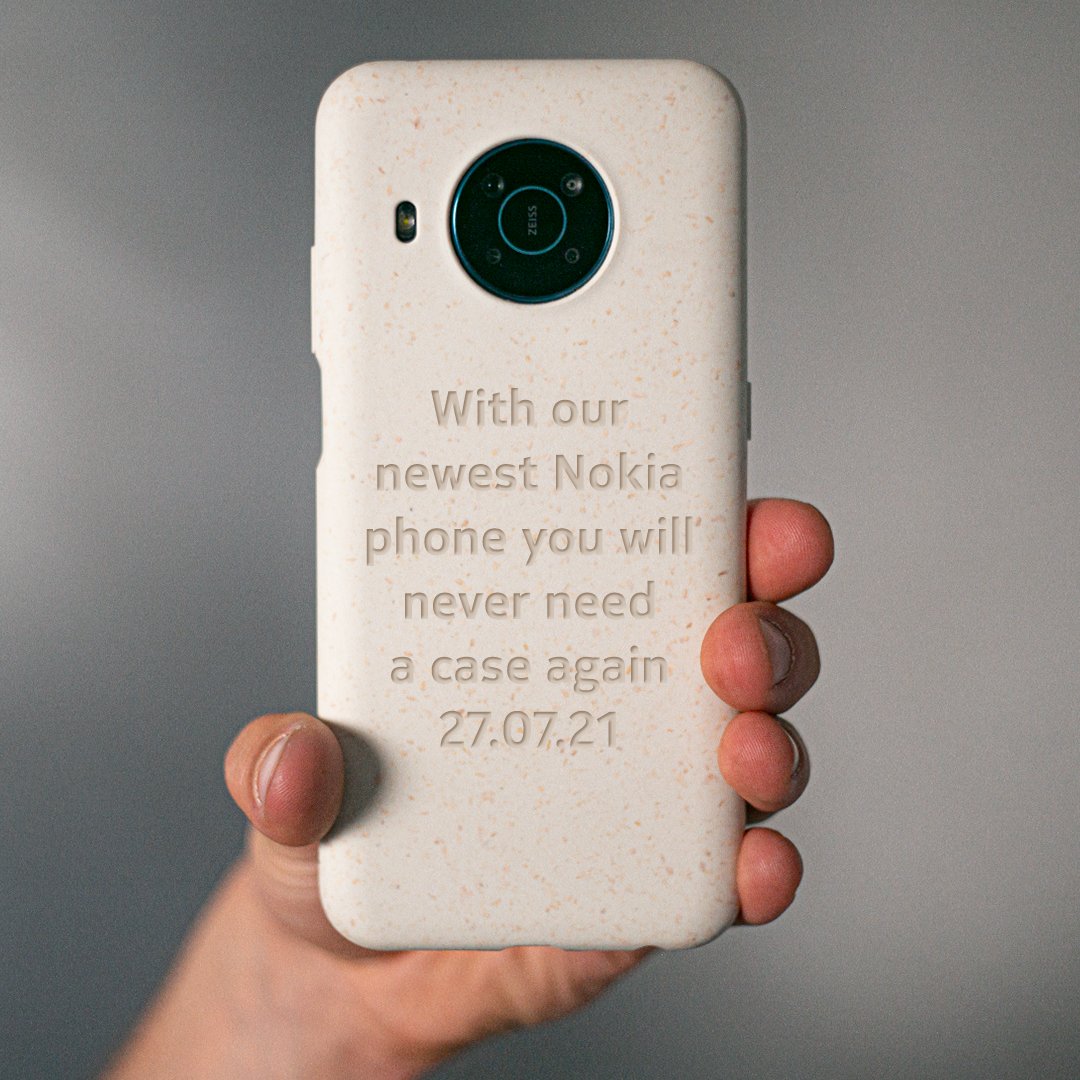 In the last few weeks, the reports of the upcoming Nokia phones have gained a lot of traction as the days passed. As always, the Russian retailers revealed the specifications of the new devices way ahead of time, which HMD Global may not have expected. They even published the pictures of the unreleased Nokia C30 a few days back. The thing that we did not know was the launch date of the phones.

Well, Nokia Mobile has now filled that blank. The company tweeted a picture of the Nokia X20 with the compostable case that it comes with and reads, “With our newest Nokia phone you will never need a case again 27.07.2021.” The teaser is as clear as day. The fact that it will not need a case hints that the smartphone must be having a sturdy build like the rugged phones. And it will be announced on July 27.

There have been a few reports that say that the Nokia XR20 is about “tough,” like the Nokia 800 Tough. So, it could be the Nokia XR20 that Nokia Mobile is teasing here. Jack Lo of Blogjack claims that the phone will have a different back design than the Nokia X20, which will be something new since most Nokia phones now have circular camera modules, but ZEISS optics will be there.

Apart from this, Nokia Mobile also has the Nokia C30 and Nokia 6310 in the pipeline for a sooner launch. The company has been launching new devices here and there since the last month, so it is not clear if all the phones will launch on the same day.

Update: The teaser for the event is now also up on Nokia Mobile’s website and the subdirectory reads “kick-it.” You can sign up for the announcement and Nokia Mobile will send another teaser to your email address before July 27. Click here to visit the page.

Anyhow, what do you expect from this upcoming Nokia smartphone that will “never need a case”? Tell us in the comments section below.